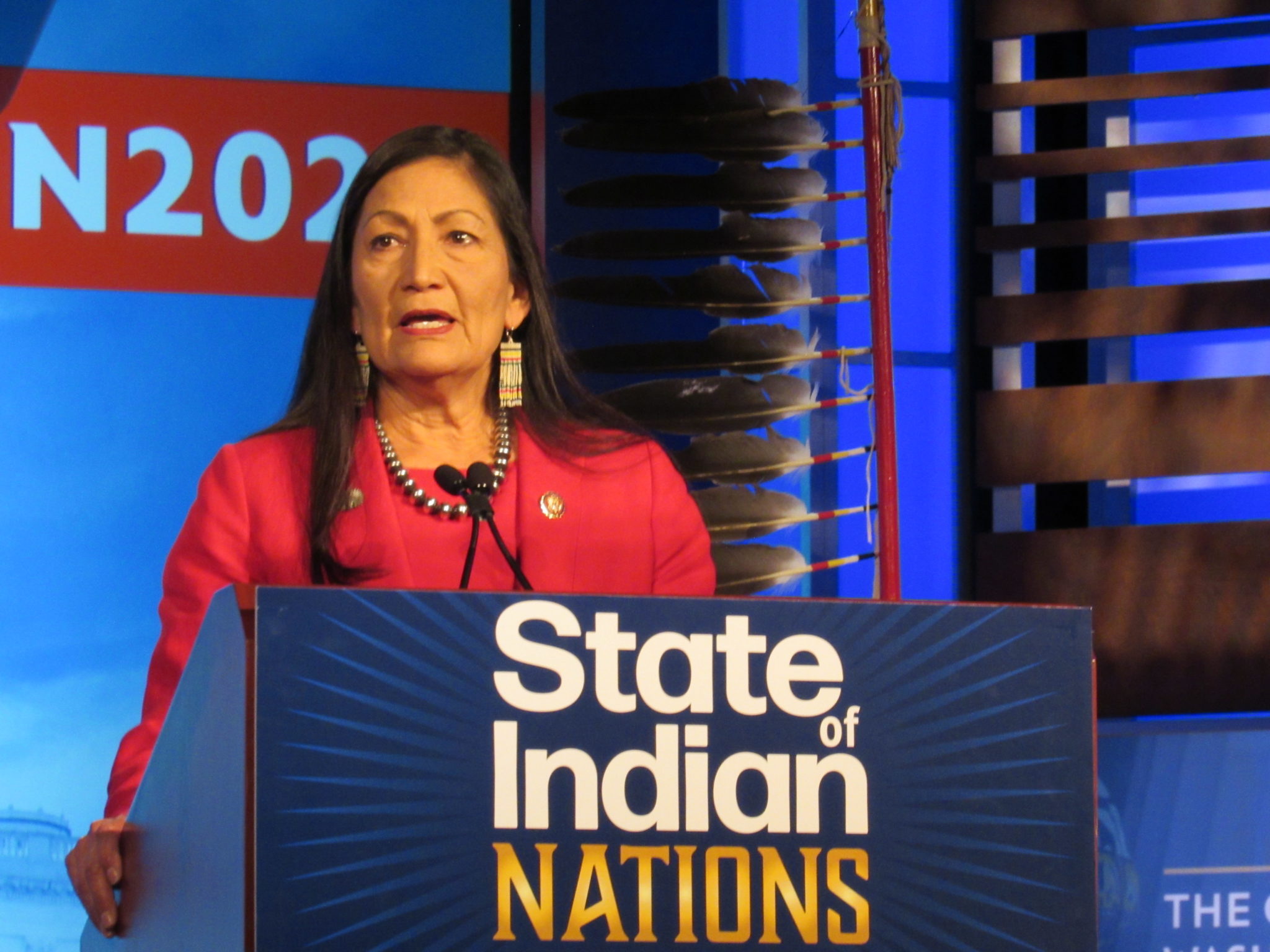 Rep. Deb Haaland delivering the response to the State of Indian Nations address at The George Washington University in Washington, D.C. on Monday. Native News Online photographs by Levi Rickert

Haaland, who is a tribal citizen of the Pueblo of Laguna and one of the first American Indian women elected to Congress, arrived at the podium choked up after hearing the State of Indian Nations address by National Congress of American Indians President Fawn Sharp.

“That was very emotional,” said Haaland as she fought back tears as she began her 15-minute response that demonstrated, as a member of Congress, she has Indian Country’s back.

Haaland reviewed legislation passed by Congress important to tribal nations that included the  protection of sacred sites, climate change, missing and murdered Indigenoous people, and the reauthorization of the Violence against Women Act (VAWA). 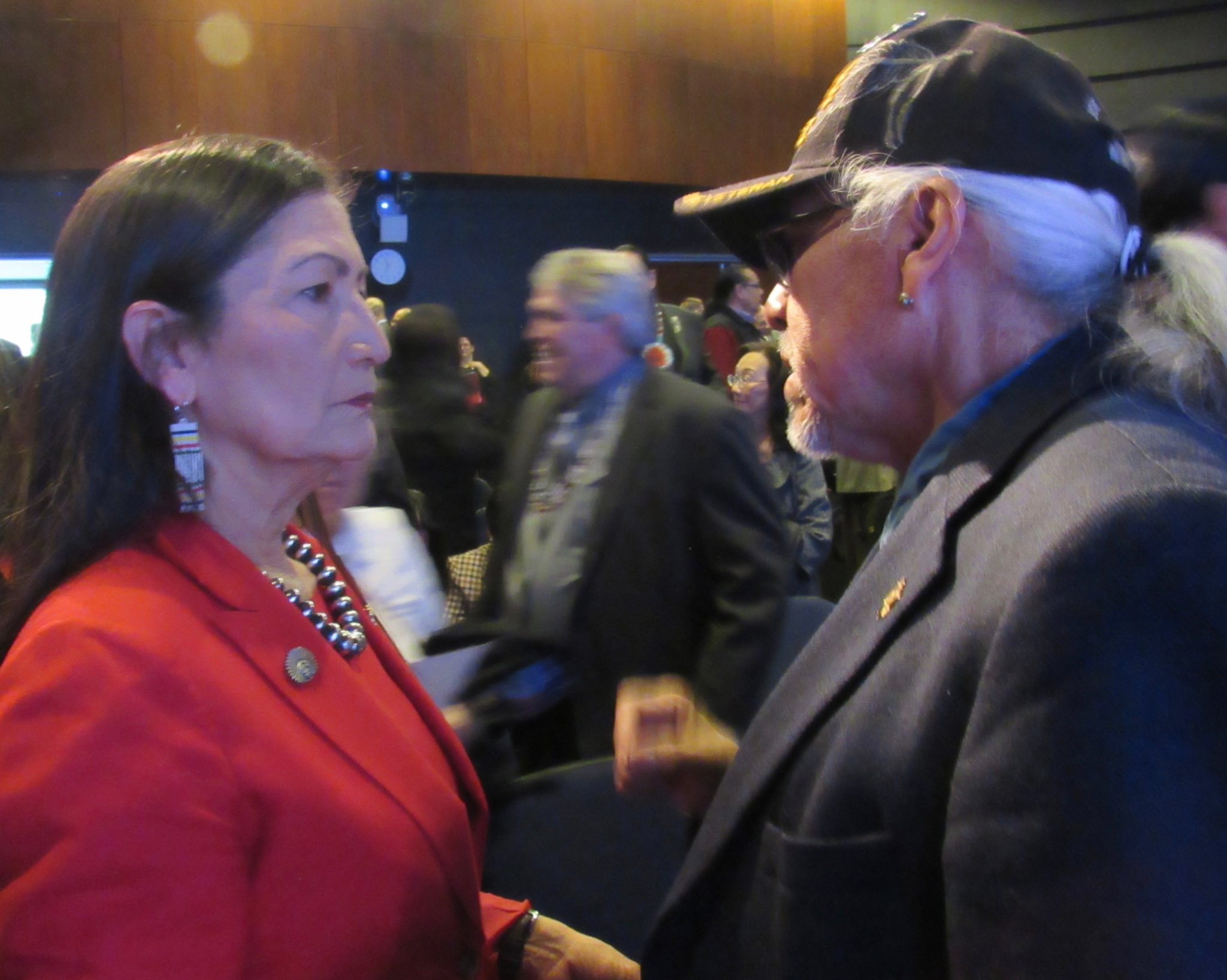 Haaland says there is bi-partisan support for Indian Country in the House of Representatives and stands united on key issues important to tribal nations, such as health, education, housing and employment.

“In 2019 House Democrats managed the passage of over 400 pieces. of legislation…over 250 were bi-partisan. Republicans and Democrats worked together to ensure that we are united on issues critical to Indian Country,” said Haaland.

Even with this congressional support, there is still a long way to go, says Haaland. She said even with the passage of legislation in the House, the Senate has been sitting on hundreds of bills sent over from the House.

She was critical of the Trump administration’s disregard for Indian Country. Specifically, Haaland cited the lack of concern by the administration for the protection of sacred sites in Indian Country and its refusal to properly acknowledge climate change.

“This administration, which is stacked with coal, gas and oil insiders, has dumped important climate change research and actively promotes the denial of climate change and our need to move our country to a renewable energy economy. This is no different than the destruction of the Tohono O’odham nation’s sacred dead sites for the Trump border wall. So he can further promote division in this county between people of color and in the process destroy a living culture and an irreplaceable wildlife habitat,” stated Haaland.

Haaland was very critical of the administration’s lack of consultation and funding for the Murdered and Missing Indigenous Women task force established late last year.

In conclusion, Haaland stressed the importance for tribal leaders to support the 2020 Census and the general election.

“This is the most important election in the history of this country,” said Haaland. “I urge Indian Country to devote every possible resource to electing a president who reflects the values that define us. Those values instilled in us by our parents and grandparents. The values that guide our principle existence that  demand we care about whole communities, not just ourselves.”

The post Rep. Deb Haaland Response to State of Indians Nations Address is Clear Indication She Has Indian Country’s Back in Congress appeared first on Native News Online. 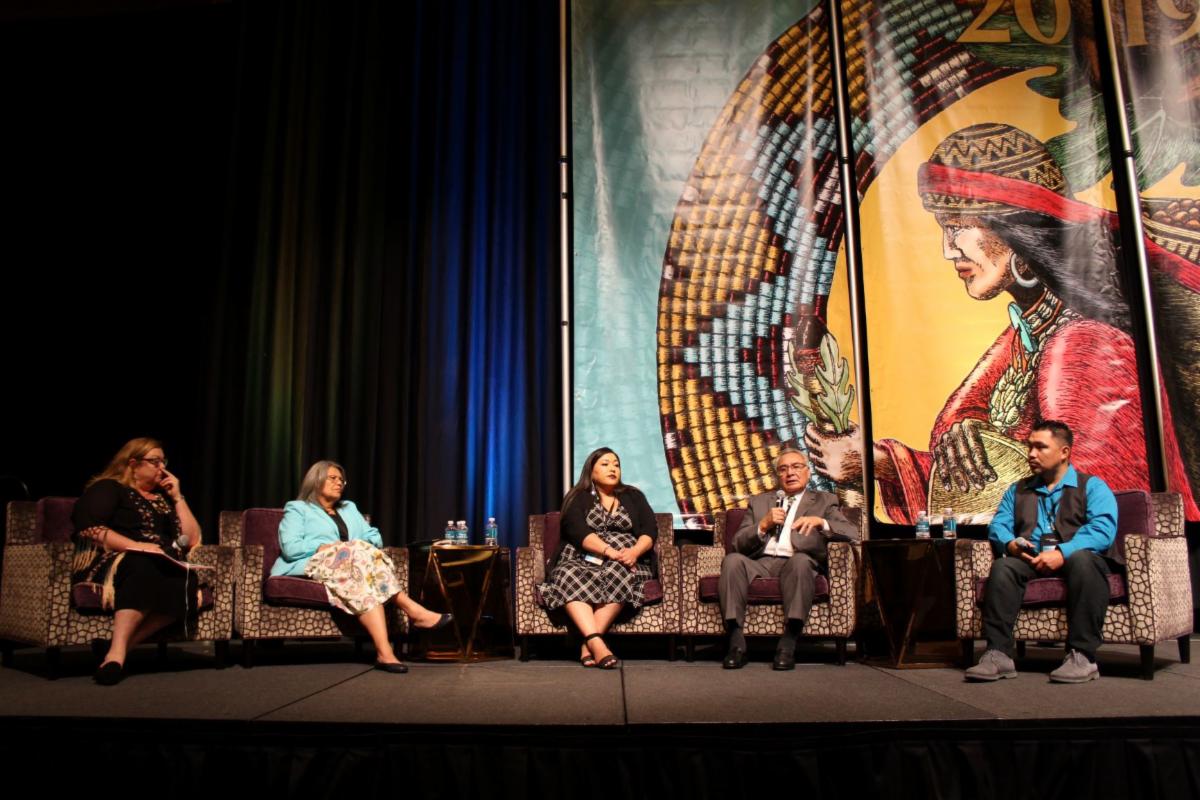