On June 19, an election was conducted in accordance with the Election Ordinance of the Delaware Nation.

The results of the election for the offices of President, Treasurer, and Committee Person #1 are tallied as followed:

This announcement was approved by the Delaware Nation Election Committee on 06/19/2 021. 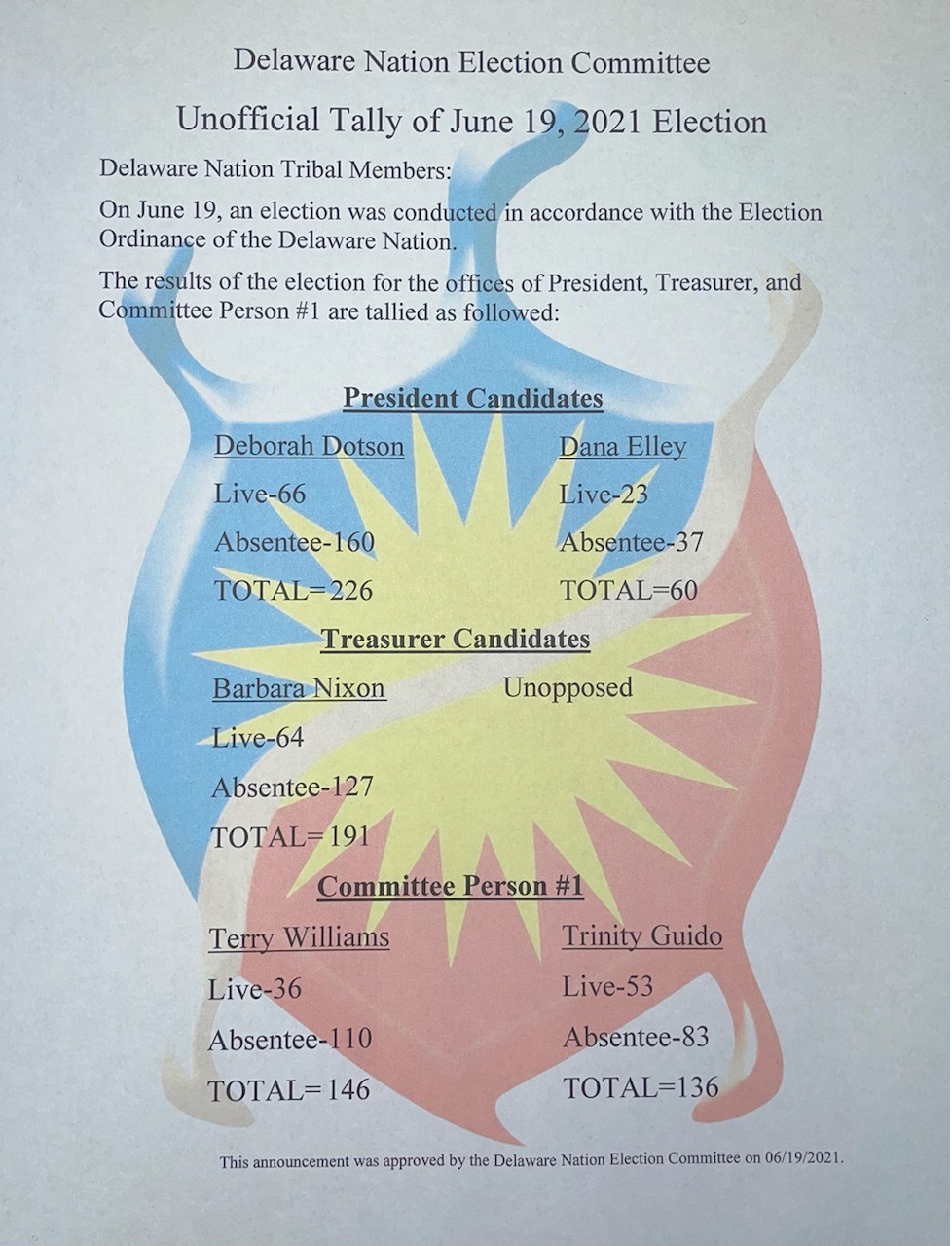