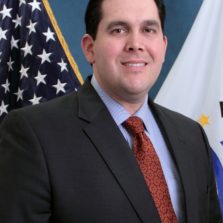 WASHINGTON — Senator John Hoeven (R-ND), Chairman of the Senate Committee on Indian Affairs, today announced that the Committee approved the nomination of E. Sequoyah Simermeyer to serve as Chairman of the National Indian Gaming Commission (NIGC).

“The Committee unanimously voted to confirm Mr. Simermeyer, a member of the Coharie Indian Tribe of North Carolina, to serve as Chairman of the National Indian Gaming Commission,” said Hoeven. “Given his legal background, work experience, and current position at the NIGC, Mr. Simermeyer is well qualified for this appointment. I look forward to the moving his nomination to the full Senate for confirmation.”

The NIGC has jurisdiction over 512 licensed gaming establishments operated by 246 Indian Tribes in 29 States. In fiscal year (FY) 2017, tribal gaming revenues were approximately $32.4 billion in gross gaming revenue. The NIGC currently has approximately 114 full-time employees in seven regional offices with an annual budget of $25 million in FY 2019. The NIGC budget is funded through fees paid by tribal gaming operations and can be up to 0.080% of gross gaming revenue pursuant to the Indian Gaming Regulatory Act. The Committee has jurisdiction to consider the nomination of the NIGC Chair.