RED LAKE INDIAN RESERVATION — Anishaa (Just for Fun) made up much of the agenda when the Red Lake Band hosted its Ninth Annual Gathering of Elders at Seven Clans Casino (Red Lake) on Wednesday and Thursday, May 1 and 2, 2019.

Red Lake Elders (55 and older) came not only from reservation communities, but from Bois Forte, White Earth, Leech Lake, Duluth and the Twin Cities. They were coming home, coming home to visit with relatives and long-time friends.

An important part of the Gathering has been to provide a venue for youth and elders to interact and learn from each other and do it “anishaa.” Red Lake youth mixed with elders as volunteers, and provided information and entertainment.

The Ninth Annual Gathering of Elders

Upon entering Seven Clans, the lobby was abuzz with old friends laughing and catching up on the latest news. Some were lined up registering for the Gathering. They received a tote bag, which was filled with agendas, an evaluation form, nomination form for King and Queen, and an array of small gifts.

Many informational booths, many detailing tribal programs and services available for elders, filled the available lobby space left and right. Some visited these displays registering for prizes, while others chatted on comfy couches and chairs at the center of the lobby.

Others already seated in the Event Center sipped coffee while enjoying a light breakfast. The convention center was filled with hundreds of registrants, with nary an empty chair available. Many were up and about visiting with long-time friends and relatives. Many dropped by to greet Red Lake’s oldest member, Gordon Bailey, age 102. Bailey was seated near the front and has attended all nine Elder Gatherings.

The event began with registration on Monday morning at 8. Around 9:30 a.m., emcee Gary “Rez Dawg” Jourdain welcomed the crowd. The Eyabay Drum filled the event center with the sound of the heart of the people, as the Red Lake Honor Guard brought in the colors, followed by dancing Red Lake royalty. Next came the invocation after which Jourdain asked Eyabay for a Healing Song.

Then Jourdain introduced Red Lake Chairman Darrell G. Seki, Sr. Seki, as is his custom, began his remarks in his first language, Ojibwemowin. An elder himself, Seki encouraged those present to talk to young people about this maazhi-mashkiki (bad medicine) that is ravaging the youth of the nation, drugs, alcohol, gangs, and suicide.

“500 years now, they’ve been trying to get rid of us, but we’re still here,” said Seki. “Drugs and opiates brought in by non-members we cannot prosecute. We have an unfriendly administration Washington, who continue with promises broken and treaties violated.”

“Be friends with one another,” said Seki, “talk to your children and grandchildren. We as elders, we are the teachers, we have an obligation.”

Seki took a bit of time to speak of recent initiatives of interest to the elders. They included a new Dialysis Center, Chemical Health Treatment Center, and two Fire Halls for Red Lake and Ponemah including new fire trucks and ambulances. “One never does these things alone,” noted Seki, “I want to thank the tribal council for sticking with these important initiatives, it’s taken awhile, but here we are. Miigwech!”

Following the welcome and opening remarks, came a report given by Roberta Ballanger, staff from the Indian Health System. (IHS) She spoke about options in health services, insurance options and facilities available through a new federal program known as Purchased and Referred Care.

Next up was a presentation on an upcoming project by Eugene “Bugger” McArthur, Jobs & Community Development Facilitator for the Band. McArthur spoke about Net Zero Elder Housing, building a model testing of an 8-plex one in each community. Net Aero means there will be no heat and electric bills by using solar energy, heavy insulation, and tight window and doors. McArthur concluded with an update on Red Lake’s Solar Project.

Alisha Gerhardt, Director of Red Lake Economic Development and Planning, then gave a short report on the Mino-Bimaadiziwin Housing Project in Minneapolis.

Finishing out the morning was Red Lake Director of Public Safety Officer Kelly Brunelle who educated elders on drug awareness and other topics through a Power Point presentation. Brunelle told what to watch for and symptoms of those who might be engaged in dangerous drug use or activity. The team concentrated mostly on the opioid epidemic, a high priority with Tribal Government.

After lunch, all those present were reminded to turn in their ballots for 2019 Elder King and Queen. Then the elders were treated to the humor of comedian Marc Yaffee.

From two to three pm, blotters and paper bingo cards were passed out for Free Prize Bingo, with several folks winning some great prizes.

During free time from 3 to 5, some elders took advantage of the free photos taken at a Photo Booth set up near the casino store. Some, perhaps, migrated to the casino. A light supper was served at 5 pm.

In the evening people went their separate ways. But for those so inclined, a Late Night Session provided a little friendly competition for cash prizes. Games included Cribbage, and Slot Tournaments. Little by little competitors were eliminated.

After breakfast, there was a report and update, by the committee and staff, on the work being accomplished regarding the Red Lake Constitutional Reform Initiative.

This was followed by a much appreciated Youth Showcase featuring the Red Lake Lady Warriors.

Emcee Jourdain had explained earlier the ballot process for the selection of the 2019 Elders Gathering’s King and Queen, all coordinated by Barb Beaulieu and Lilah Beaulieu. The 2018 Queen and King were June Holstein and Robert “Earl” Fairbanks were ready to pass the crowns.

To finish out the morning, music entertainment was provided for the third-year by band favorite “Travesty,” a six-man group from Turtle Mountain. They music was mostly Country/Western, but Travesty can rock out a tune or two as well when they put a mind to it.

After lunch and nearing 1 pm and the end of the 2019 Gathering, many door prizes were quickly handed out, with nearly all winners in the room having stayed for the duration. A Closing Ceremony followed with a flag song for the retiring of the colors.

Miigwech to Barbara Beaulieu and Lilah Beaulieu who worked hard organizing this wonderful and special event. 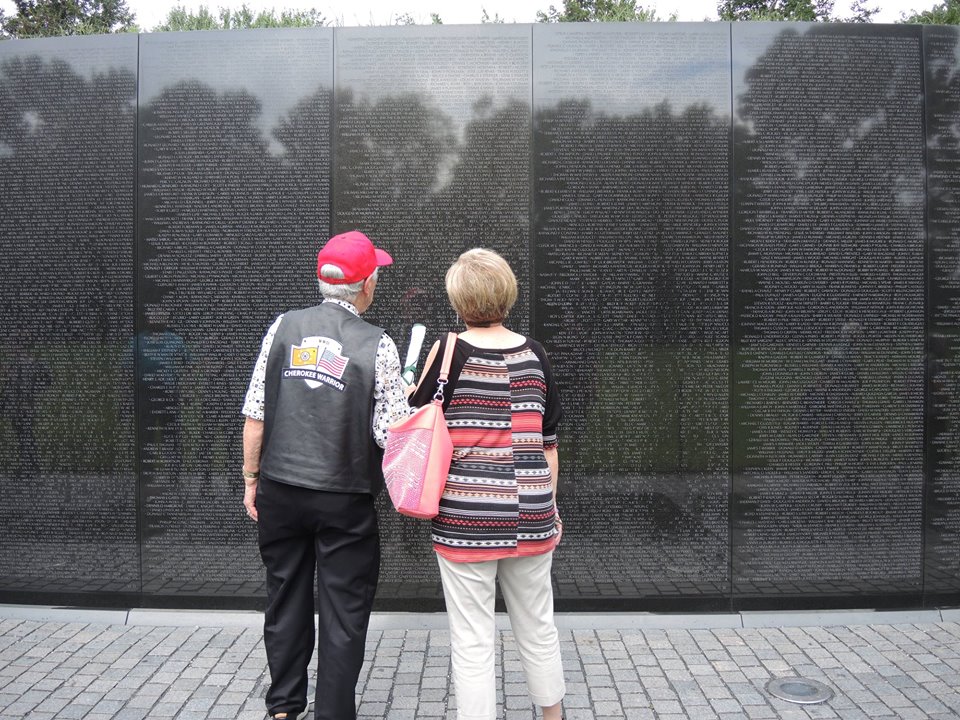 Did Trump Get Wind of the Fact Some Native Americans Don’t Like Thanksgiving? 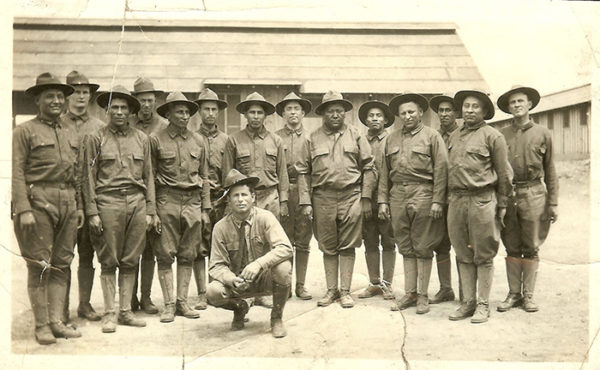