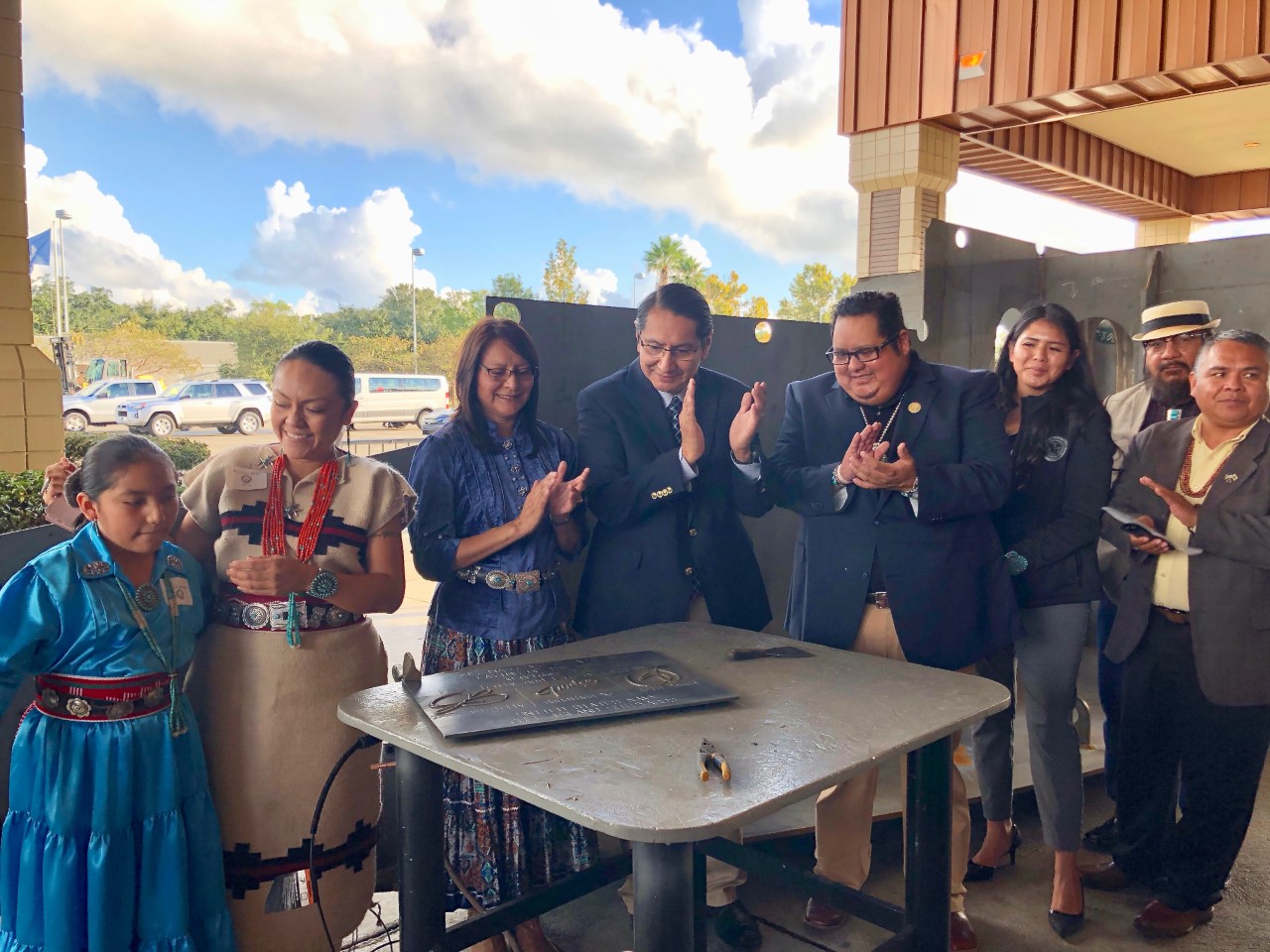 The keel was said to be “truly and fairly laid” as it was authenticated by President Nez, Speaker Damon, and Jocelyn Billy, who signed their initials into the keel plate that is the symbolic backbone of a ship, the keel plate will be fastened within the hull of the vessel.

“As the First Americans of this country, we are honored to celebrate this major milestone in our history. The milestone we celebrate today is the first of its kind for the Navajo Nation. Throughout our history, the Diné people have always been the caretakers and protectors of our sacred land in every branch of the Armed Forces, so we are very grateful that our selfless and brave Diné warriors are being recognized and honored through this historic ceremony,” said President Nez.

During World War II, the Navajo Code Talkers, Marines Corps service members under the Department of the Navy, fought in the Pacific Theater, transmitting top-secret messages. By the end of the war, over 400 Code Talkers were trained for this unique service. Today, the Navajo people continue to serve in Armed Forces at a higher rate than the national participation rate.

In March, the Secretary of the Navy Richard V. Spencer announced that the new class of U.S. Navy, Salvage, and Rescue ships would be named “Navajo.” The class is named in honor of the Navajo people’s significant contributions to the Armed Forces. 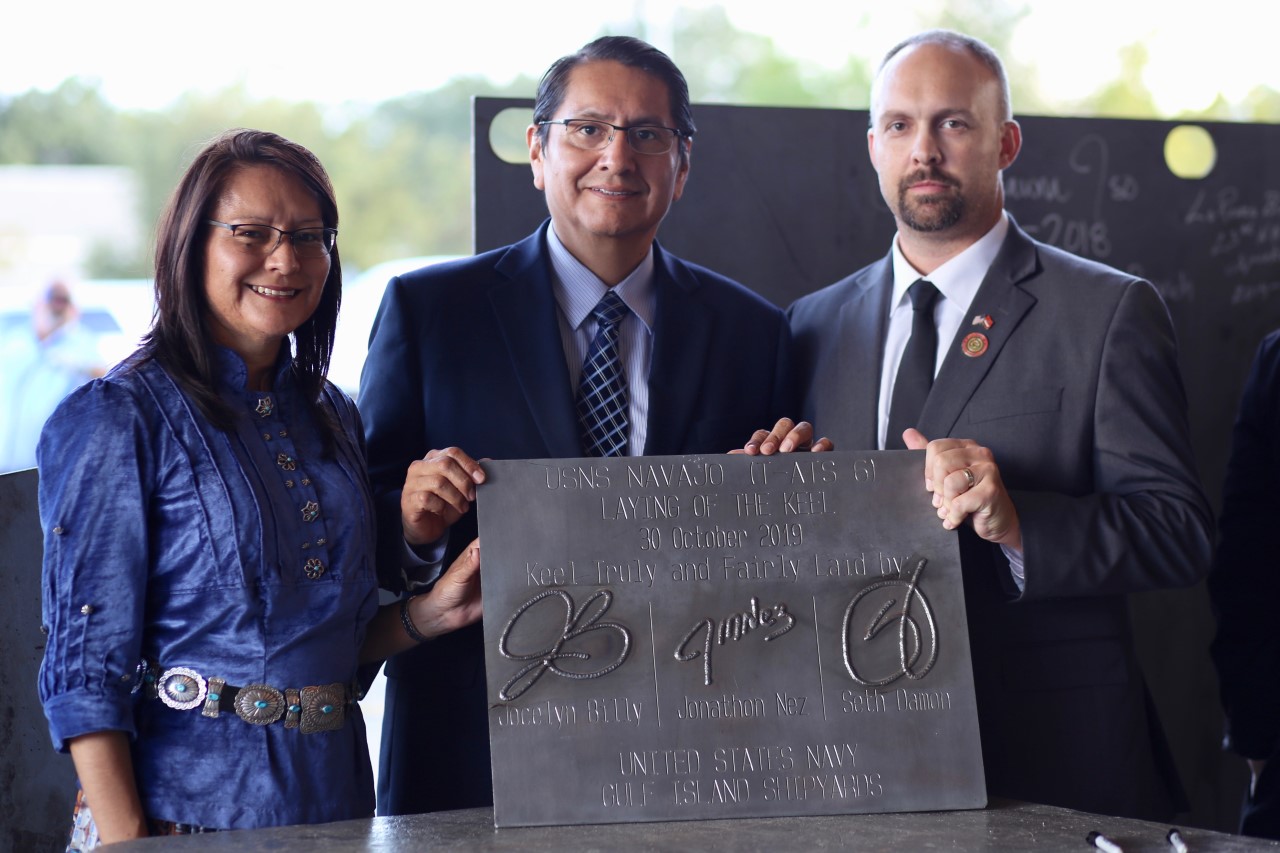 The new class of vessels will be based on existing commercial towing offshore vessel designs and replace the current T-ATF 166 and T-ARS 50 class ships, which are in service with the U.S. Military Sealift Command. The first ship of this class is named USNS Navajo. Other potential vessels will be named in honor of prominent Native Americans of Native American tribes.

In Dec. 2017, the National Defense Authorization Act for Fiscal Year 2018 was signed into law with the advocacy and support of late U.S. Sen. John McCain (AZ – R), who retired from the Navy with the rank of captain. The Act supported the naming of the new class of ships as USNS Navajo.

“I commend all the past leaders who advocated for this over the years to honor our Navajo people, including the late Sen. McCain, former President Russell Begaye, members of the 23rd Navajo Nation Council, and former Speaker LoRenzo Bates,” added President Nez.

“Today will be remembered as a day in history that the Navajo people were honored and recognized for the many great things, we have given for this country of ours,” said Vice President Myron Lizer.

A prayer dedication of the USNS Navajo (T-ATS 6) was conducted by Leroy Thinn and Kenneth Begishe of Shonto, Ariz., and Thompson Billy.

The USNS Navajo is expected to be completed in March 2021 and join the U.S. Military Sealift Command fleet of more than 120 ships.

Send Us Your COVID-19 Stories 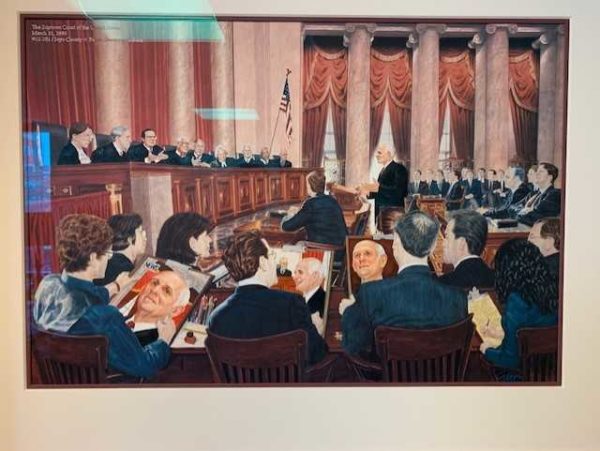 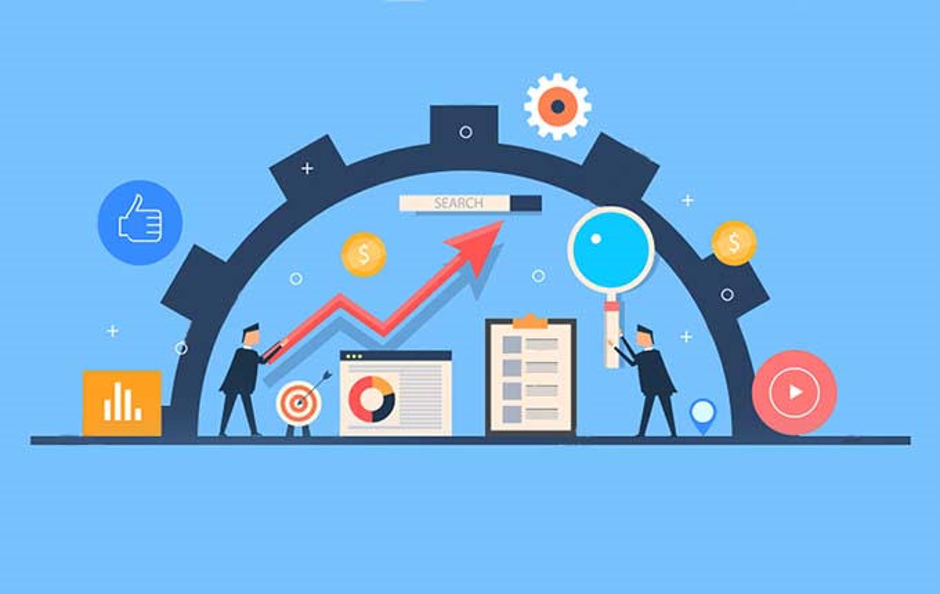 How to Get the Building Blocks Right for E-commerce Success