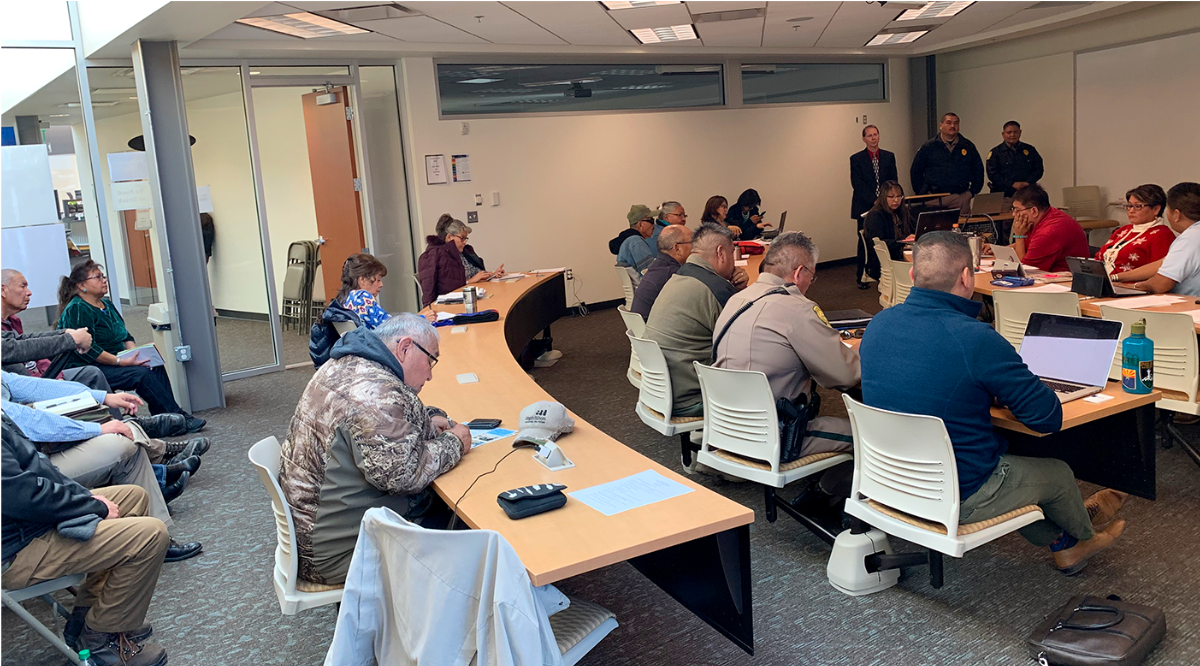 The Dec. 20 Navajo Nation Law and Order Committee regular meeting covered five reports and Legislation No. 0265-19, which was for approval of more than $1.4 million for the adult detention program.

SHIPROCK, N.M. — The Navajo Nation Law and Order Committee met at Diné College Dec. 20 for their regular meeting. The committee received five reports and acted on Legislation No. 0265-19 for approval of supplemental funding from the Unreserved, Undesignated Fund Balance in the amount of $1,448,868 for the Navajo Nation Department of Corrections Adult Detention Program.

Delegate Vincent James motioned (Cornfields, Ganado, Jeddito, Kinlichee, Steamboat) to suspend the floor rules and move the Shiprock Navajo Treatment Center for Children and their Families to the top of the agenda for reports. This was approved in the interest of allowing treatment center staff time to attend a meeting that was scheduled after their report.

Three representatives from Navajo Treatment Center reported before the committee, including treatment coordinator Rosebella Johnson, family therapist Anthony Begay and Kayenta family therapist Kenny Victor. The program is under the Division of Social Services, providing voluntary outpatient mental health counseling for children between the ages of four to 17, including parents and guardians.

“We have individual counseling, plus family or group. These sessions are offered at school and the home, that’s the unique part of our program,” Begay said. He said such home-based services provide an opportunity to observe the family at home and determine what kind of environment the children are living in.

Upon determination of service needs, the Navajo Treatment Center will provide culturally appropriate services, including Navajo cultural and traditional ceremonies. Traditional practitioner Wilfred Moses was introduced by staff for his prevention education presentations at schools, communities, chapters, and various tribal departments. “We try to partner with other community people to ensure the best trauma-informed care for our clients and families,” Begay said.

Navajo Treatment Center is a ’638-funded program with additional funding from the BIA and Methamphetamine, Suicide Prevention Intervention program, receiving referrals from schools, tribal programs and walk-ins. The staff work with youth for treatment of traumatic experiences such as child abuse, neglect, abandonment, sexual abuse, substance abuse, and truancy. The intake process requires parental permission for counseling based on timelines defined in the treatment plan. “We offer six to 12 sessions and it’s called brief psycho-therapy or brief counseling,” Begay said.

Counseling techniques such as motivational interviewing is utilized to determine cognitive behavior, according to Begay. Case consultation staffing for the client is also employed to determine how well they are taking to the treatment services. School learning disorders are sometimes revealed when students are not learning at school. Other issues include the need for foster family placements on Navajo land because kids are often placed with families outside the Navajo Nation.

Delegate Eugene Tso (Chinle) said the traditional Navajo ways are not being followed by families anymore. “We’re pollinators, that’s why we were given corn pollen. They gave us the positive gateway of life,” he said. “They say, ‘Walk in beauty,’ but what they really mean is the positive way of life. We cannot live in negative-ness.” Delegate Tso said the television violence and freedom of religion, press and expression have given way to a generation of defiant Navajo youth. “We need to bring parenting back into the curriculum,” he said.

Chairwoman Eugenia Charles-Newton (Shiprock) asked about the funding sources for the program and how the Law and Order Committee could help address the issues they face. “Are these court-ordered cases or are you just receiving referrals?” she asked. Begay said the program is primarily funded by IHS, and that the funding is receiving budget cuts each year.

Victor said identifying such disorders as Attention-Deficit Hyperactivity Disorder is a chance to work with parents to understand the disorder. “I go into schools and help teachers understand who is diagnosed with ADHD and how to cope. It’s from food and environmental factors as well,” he said. “A lot of parents don’t want to deal with it, they think you can just take a pill and make it go away.”

Sometimes, suicide ideation and abuse are reported to Child Protective Services, FBI or the Navajo Police in extreme cases. The committee approved receiving the report by a vote of 2-0.

Navajo Police provide such public safety services as school resource officers, community policing, SWAT, bicycle units, and SWIFT rescues. Other initiatives include DUI enforcement, extraction of analytical data for community outreach efforts in the areas of missing persons and prevention of crime. The police department also works with schools and tribal departments for active shooter drills and organizes Toys for Tots community drives during the holidays.

Noon said 14 officers are dedicated to patrolling an area the size of San Juan County. “We currently have 45 applicants in the police academy and we’re hopeful to graduate 30. We recently brought on board 15 new officers,” he said. “It’s a balancing act and we’re doing the best we can with what we got.”

West said the real challenge facing the Navajo Police is lack of manpower. He said the criminal investigations was thankful for the Law and Order Committee’s work to improve budgets for additional investigators. “We have four CI’s and we should actually have a staff of eight. We’ve been receiving 15 to 30 calls per month. Most CI’s handle 12 to 15 open cases a year and our officers handle 30 to 50 cases annually,” he said.

However, the biggest time consuming duty for most CI officers is the lack of a medical examiner office.  LOC is working with the president’s office to allocate funding from the UUFB to fund the Navajo Nation Department of Medical Examiners for its inaugural year. “Dr. Jill Jim said funding is coming from IHS for the medical examiner position,” Chairwoman Charles-Newton said. “The committee is currently working with Congress on full funding. CI is responsible for investigating all deaths and we became aware of this issue at the start of the 24th Navajo Nation Council.”

If successful, the Navajo Nation will be the first tribe in Indian Country to have a medical examiner position. Delegate Otto Tso (To’ Nanees Dizi) said the Division of Public Safety has to work closely with LOC oversight when it comes to ’638 contract funding. “We approve 638 contracts through Nabi. I’m talking about working together. You need to get us the information that you have negotiated with OMB,” he said. “You have to watch out for language like, ‘Based off the availability of funds,’ which is language that the feds like to use.” The committee voted 3-0 to receive the report.

Legislation No 0265-19 was for approval of $1.4 million from the UUFB for the adult detention program. The legislation was debated at length because of potential grant modification requests and a letter from Deputy Bureau Director Charles Addington from the Office of Justice Services acknowledging the Council as the governing body of the Navajo Nation. The legislation failed by a vote of 1-2 and will advance to the Budget and Finance Committee for consideration. 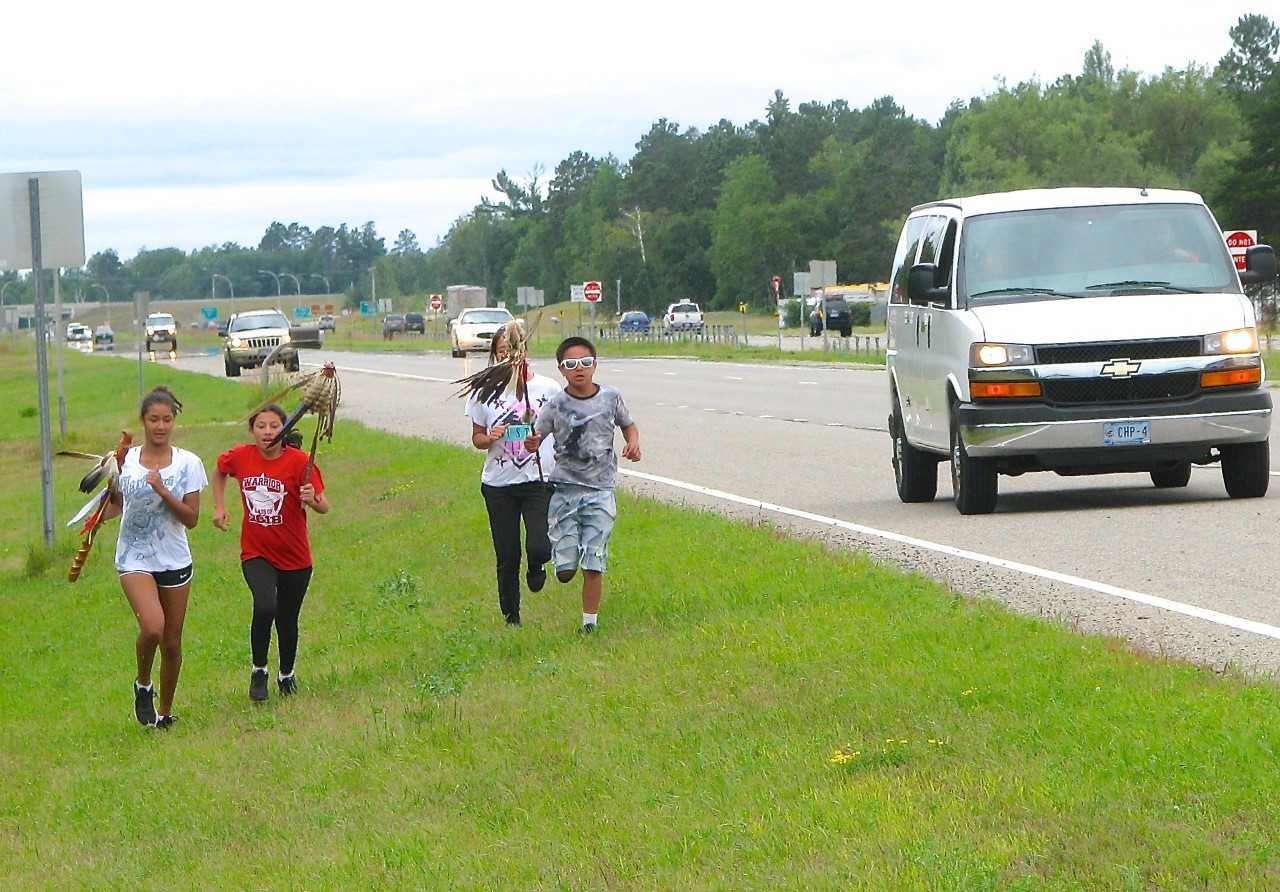 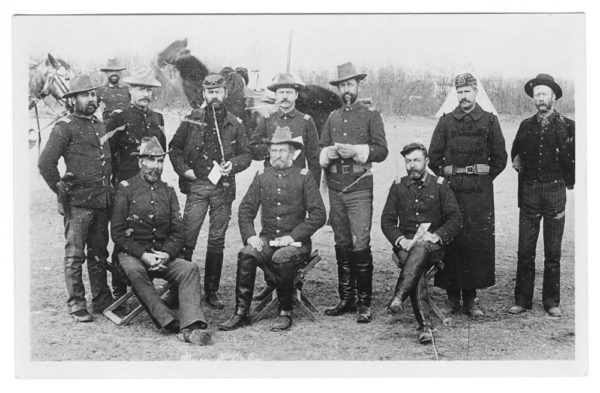 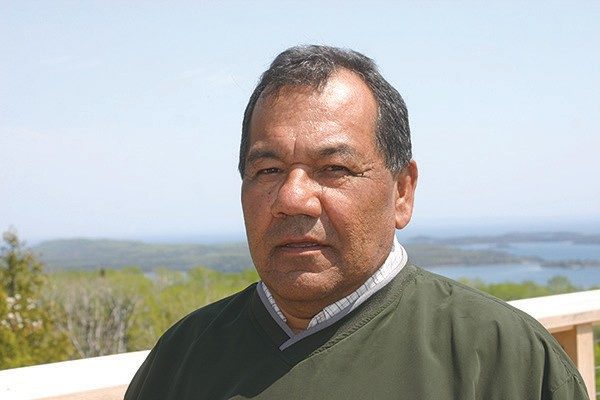