“I am proud to have worked with my colleague, Senator Heitkamp, to get this vital piece of legislation passed through the Senate,” said U.S. Senator Tom Udall (D-N.M.), who co-sponsored the bill and serves as the vice chairman of the Senate Committee on Indian Affairs. “Native women go missing and experience violence at alarming rates but, too often, cases go uninvestigated and unresolved. Native women deserve better. Savanna’s Act will improve data collection, enable information sharing, and facilitate coordination between federal, state, and tribal law enforcement agencies to better address the crisis of missing and murdered Indigenous women. I urge the House to pass this bill and bring us one step closer to making sure that Native women receive the justice they deserve.”

“In the meantime, as we work to move Savanna’s Act through the House and onto to the President’s desk, I am committed to keeping the focus on this important issue,” continued Udall. “Next week, I will join Chairman Hoeven to lead an Indian Affairs Committee oversight hearing on missing and murdered Indigenous women, where we will seek input from federal, state, and tribal leaders on how we can continue working together to ensure that Native communities are safe and strong.”

The Indian Affairs Committee’s oversight hearing entitled “Missing and Murdered: Confronting the Silent Crisis in Indian Country” will be held at 2:30pm on Dec. 12th in the Dirksen Office Building, room 628. A livestream of the oversight hearing can be watched here.

The full text of Savanna’s Act can be found here. 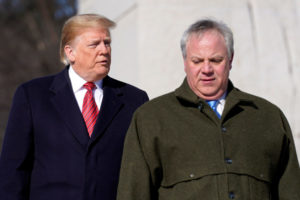