ANADARKO, OK — The fiscal year 2022 Annual General Council meeting was held at the Grady County Fairgrounds’ North exhibit building in Chickasha, Oklahoma. Despite the Omicron variant case spike in the area, tribal citizens still gathered to conduct business, but the number of citizens in attendance was lower than usual. The meeting was called to order by Vice President Michael McLane at 10:12 AM (CST), followed by a prayer spoken by Committee Member Terry Williams. Vice President McLane welcomed the attendees and began the meeting with the Princess Coronation, conducted by the Delaware Nation Cultural Preservation Department Director Sonnie Allen and Events Coordinator Evelyn Kionute. Sonnie introduced herself and thanked Lori and her family for her incredible work in representing the Delaware Nation! Lori’s father, Leonard Kionute, then approached the podium to express his thoughts and thanks to everyone that made the princess program a success during Lori’s reign. Evelyn Kionute announced that the Princess and her supporters had gifts for the Executive Committee to show support from the Kionute family. Lori distributed gifts to each member of the EC and returned to the podium area where Evelyn Kionute called the new Princess candidate, Serenitee McCasland, and her mother to join her. Lori gave Serenitee a gift to show her support for the Delaware Nation Princess. Lori then handed her crown to Serenitee by placing it over her head in witness to the General Council, giving the proper coronation ceremony. Sonnie Allen then announced the 2023 Delaware Nation Princess and the crowd applauded. Serenitee is the daughter of Jackie (Jaclyn) and Eric McCasland, Granddaughter of Denise and Mike Voyles, Great Granddaughter of Barbara and Wayne Nixon, Great Great Granddaughter of Louise Snake Yeahquo and Gerald Yeahquo, Great Great Great Granddaughter of Bessie Hunter Snake and Willie Snake, Great Great Great Great Granddaughter of Dunk-she, also known as Tennessee Thomas. In her new crown, she spoke Lenape very well, thanking the General Council, welcoming, and introducing herself. Sonnie concluded the ceremony and wished Serenitee good luck on her journey.
Vice President McLane called for a round of applause from the Cultural Preservation Department, then moved on to the special recognition where Committee Member Terry Williams honored Frank Keechi’s military service and contributions to Tribal affairs. Mr. Keechi could not attend the meeting, so his son, Matt Keechi, received an honorable plaque on his behalf by Terry Williams. Frank’s message of thanks was shared through his son through words of courage, honor, and individual freedoms we have as a small Nation.

Next, the citizenship Committee Secretary, Trinity Guido, approached the podium and introduced herself. She explained her role and introduced the applicants for citizenship. She then asked General Council if anyone had questions about each citizen applicant then voting was conducted for each one. Vice President Michael McLane assisted Trinity in counting the votes. Each citizen was approved by vote and the motions were passed. Trinity concluded the citizenship applications and thanked the General Council.

After Trinity left the podium, a memorial video began to honor the Delaware Nation loved ones that passed away in the previous year. This was a moment to recognize the life of these loved ones as a recording of ‘Amazing Grace’ in Lenape was playing. Vice President Michael McLane concluded the memorial by adding that those citizens lost are “far from forgotten.”

The Vice President then introduced Delaware Nation’s Comptroller, Kyle Dover, to provide financial information for the fiscal year. Kyle introduced himself and then jumped immediately into the positive financial audit results. Kyle discussed the increases in funds and revenues compared to the last fiscal year and how they were spent. He provided the CARES Act and ARPA funding financials and provided how they were spent. He also broke down the RAP Allocation /RAED Allocation and how they were spent, as well as, where we are at today financially. Overall, the numbers are up, the revenue is coming in and the dollars are still going out to the Tribal citizens.

Attendees received the chance to win a raffle prize and free play at the Casinos as they ate their taco dinners and visited each other. Despite the numbers being down in attendance, a great discussion took place and the fellowship was sweet. Many thanks to the hard-working staff that made this possible, the Executive Committee for their continued leadership, and the staff at Ted’s for the outstanding catering experience. Wanishi Lenapeok! 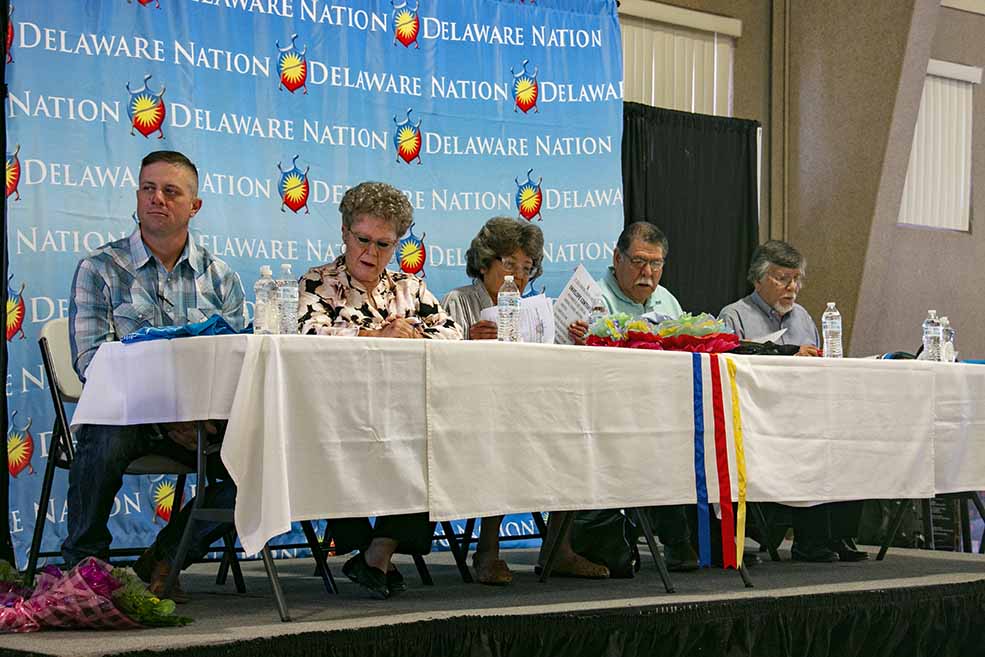 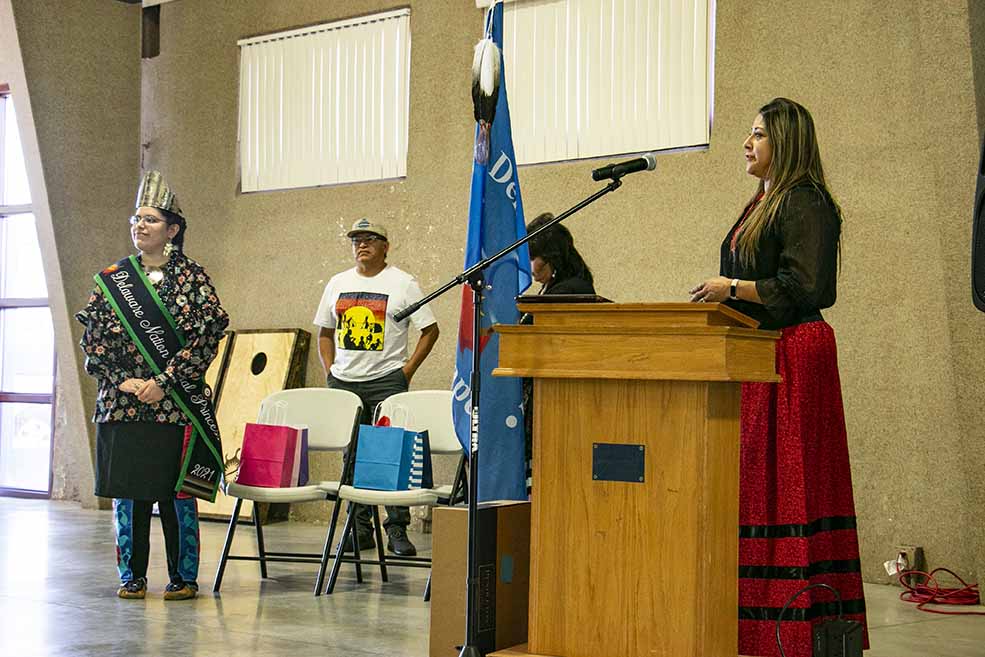 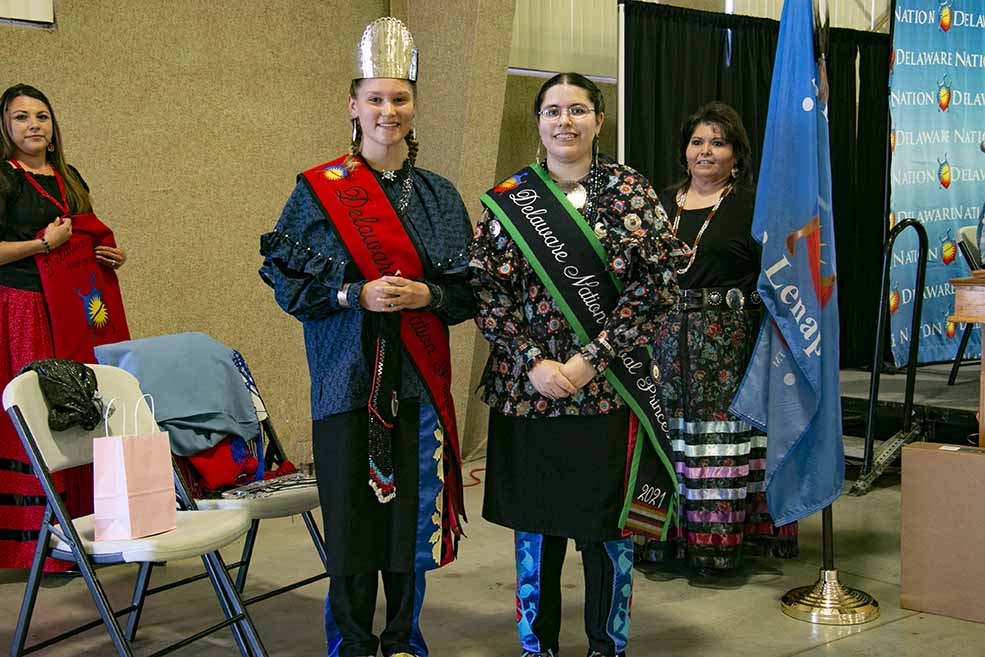 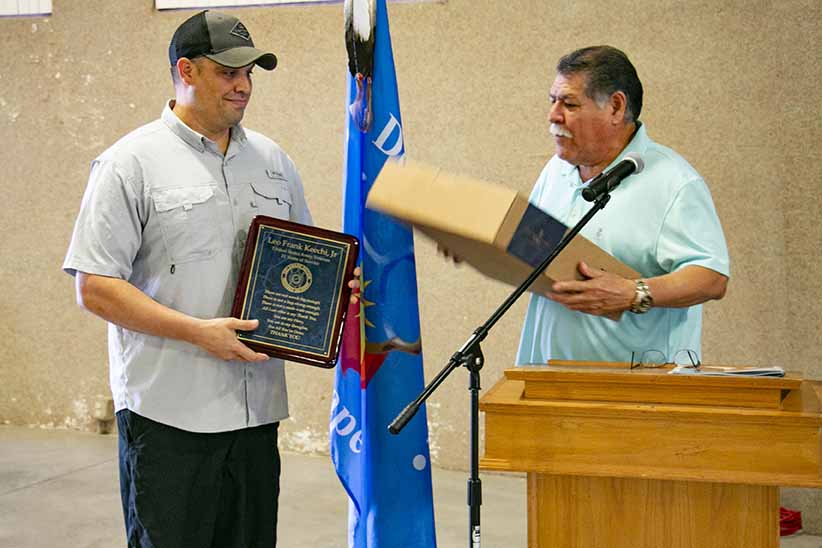 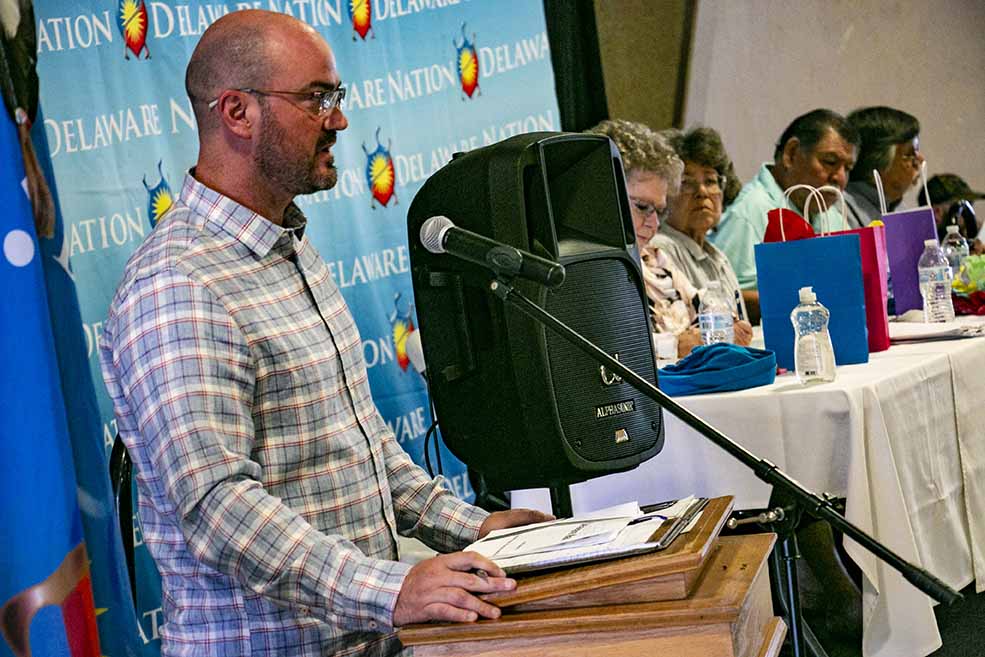 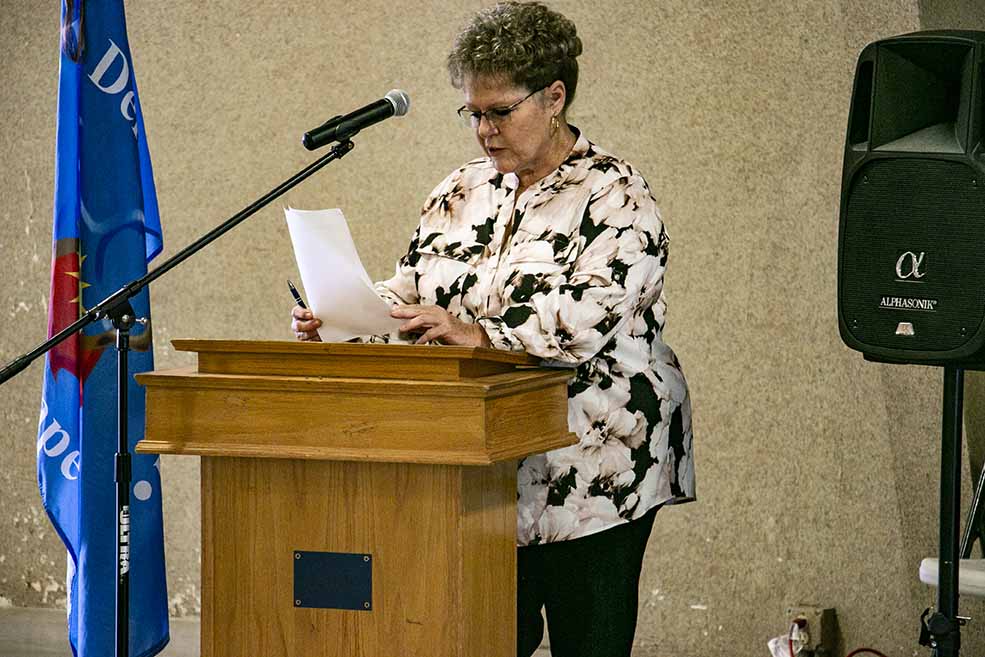 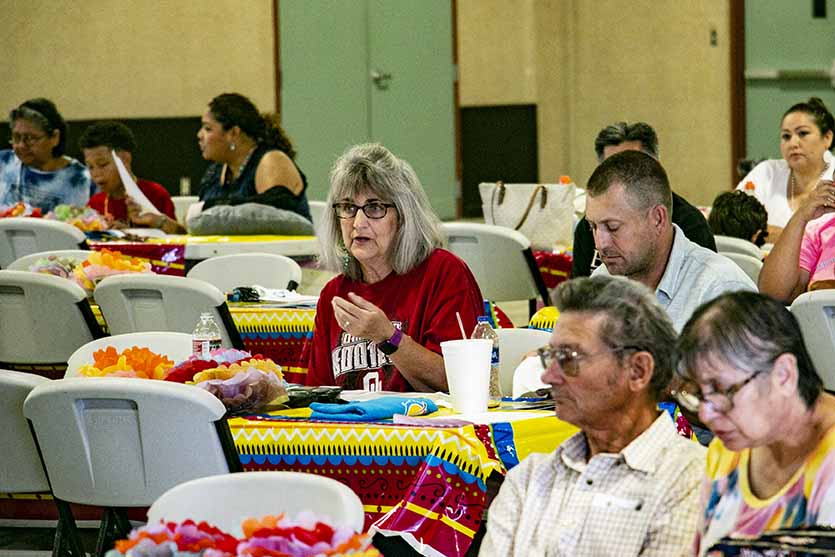 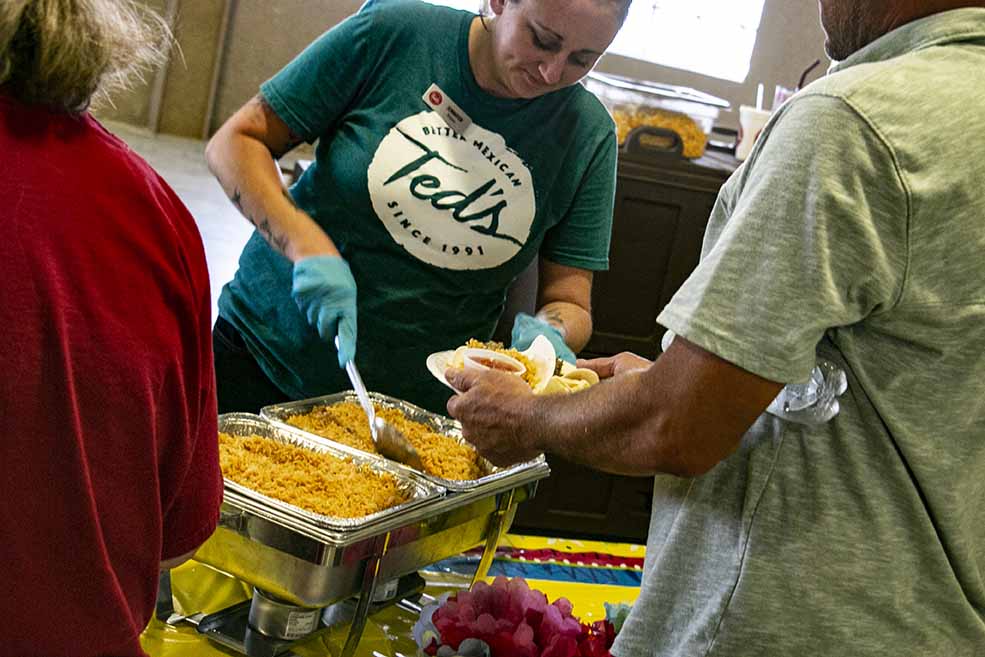