LOS ANGELES — Crooked Media launched this past Monday the first episode of its new narrative podcast ‘This Land,’ a documentary-style show revolving around two seemingly unrelated Oklahoma murders that occurred over 150 years apart.  Over the course of the eight-episode run, journalist and Cherokee Nation citizen, Rebecca Nagle will take the audience through an in-depth look at a murder case once believed to be “open and shut” that prompted a high-stakes investigation into whether half the land in Oklahoma falls under tribal jurisdiction.  The first episode, entitled “The Case,” covers the Supreme Court and the pending decision that will determine the future of five tribes and nearly half the land in Oklahoma—all linking back to a murder on the side of the road in 1999.  Click here for the first episode of ‘This Land’ and to access audio and video trailers.

‘This Land’ explores Native American rights and tribal sovereignty through Nagle’s lens as a Native woman with a surprising personal connection to the story’s characters. Having fought for years to ensure her family’s legacy remains an integral part of the American narrative, Nagle gives an insider’s look into the devastating impact of government land allotments on Native people.  In addition to examining the history of land rights, ‘This Land’ will – in real time – explore the potential impact of the Carpenter v. Murphy case currently before the Supreme Court and as the final decision is handed down before the end of this month. Oral arguments for the case to determine the territorial boundaries of the Creek Nation within eastern Oklahoma began in November of 2018.

New episodes will air on Mondays each week, taking listeners through what’s at stake, the Trump administration’s involvement, the larger right-wing attack on tribal sovereignty, and how one unique case could result in the largest restoration of tribal land in US history.

3 ways to make your voice heard besides protesting 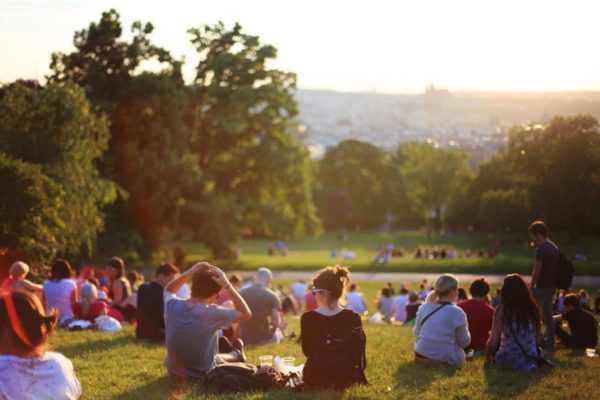 Life of a Foreign Student: Living In The USA

‘I gotta stay strong’: the Native American families with a legacy of violent deaths